I have restarted this blog several times because the words feel hollow, probably because that is what I feel. Two days ago, April 9, 2020, I got a late night call that my mentor and one of my closest friends had died. Even now, it doesn’t feel real. I had just talked to Jim Sunday and we had a wedding to shoot in two weeks except the Covid 19 virus fixed that for us. I met Jim 8 years ago when there was a model/photographer call at a local studio. I had no idea what I was doing, but I was curious so I packed my gear and off I went. I’m pretty sure I put the remote trigger on my camera backwards and felt completely out of my element, but I made connections that night and I made friends. We just sort of fell into this relationship of mentor/mentoree. He taught and I took notes, he pulled out his whiteboard and I took pictures. We watched videos, read books and talked every possible topic about photography. We worked with professionally trained runway models, we worked with amateurs who wanted to become models, we worked with amazing hair and makeup artists and we set theme after theme after theme for years. Jim was an original member of the Doster Roster which was a term fondly given by our production assistant for the teams I would take on location. We’ve gone a lot of places together, including Hollywood but the happiest was when we met in the studio enjoying our tacos and listening to music. We edited together, we laughed together, and we learned from each other. His death has hit me hard but I wanted to share something he told me. He told me once when I was struggling to retain information about the technical side of photography and he said that I had a gift that couldn’t be learned on YouTube. He said that anything technical could be learned but that no-one could direct a set like I could. He said “I can’t even do that as long as I have been shooting”. I’ve never forgotten that. Jim was never one to offer a harsh criticism, even when it was perhaps warranted. He would just say to learn from your mistakes and move on. I started a program about mentorship in honor of Jim two years ago called Send the Elevator Back for Me. I wanted to pay it forward somehow. To the love of his life who he never tired talking about, Donna, his children and grandchildren…thank you for sharing Jim with all of us for these years. We grieve with you and are grateful for the precious time we had. Rip Jim Johnson, I will never forget you. 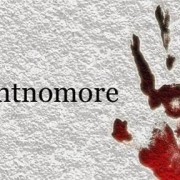 Let’s get uncomfortable and vulnerable. It’s okay, it’s where the magic lives.

kate doster media What Day is it Again?
Get The Issue
Scroll to top