Behind the Set
You are here: Home1 / Behind the Set2 / From Kate3 / Photojournalism, sometimes stories don’t have happy endings 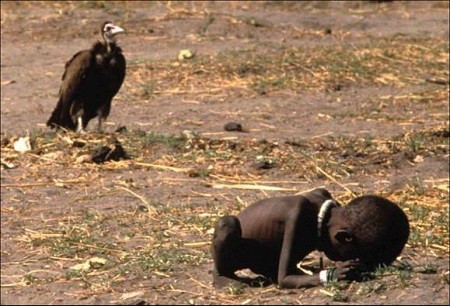 I have always had a dream of adventure where my life would unfold like the books I read in my grandmother’s attic. I was a dreamer, a writer, a storyteller from a young age. I have been behind the lens in some capacity since I was about 15 so 37 years give or take. It was when I moved into the digital age and picked up my first DSLR seven years ago that I wanted to combine photography and my love of stories and become a photojournalist. Of course, I wanted to be in the trenches in a far away land where I could produce work like Kevin Carter’s starving child and vulture. Last year when President Trump came to Phoenix, I grabbed my gear and went downtown and instead of getting into the area high rise parking structures, I found myself at ground zero. Two sides angrily shouting at each other with me in the middle wanting the story that the photographs would reveal. It got me thinking about how far we have come historically with photojournalism. The Kent State massacre happened on May 4th 1970 where unarmed college students were shot by members of the Ohio National Guard at Kent State University in Kent, Ohio to protest the bombing of Cambodia by U.S. military forces. The image of a student crying out over a deceased body can put the viewer into a place where the heartbreaking aftermath is felt over 40 years later. You can’t and shouldn’t erase ugly history, if we are allowed to forget, we are doomed to repeat. There are some photos like Kevin Carter’s starving child and the vulture that spurred anger and hatred for the photographer. Carter photographed the emaciated baby who collapsed crawling to a feeding center. As the toddler collapsed, a vulture landed nearby and to say the photo is haunting is a huge understatement. He had been warned not to touch the victims because of disease, he waited to ensure the vulture did not open its wings and it did not. He scared the bird away and watched as the child continued to crawl to the center. That child did survive to age 14 but died from malarial fever. Carter went on to win a Pulitzer for the photo but took his own life one year later saying “I am haunted by the vivid memories of killings and corpses and anger and pain”. It became difficult for me at one point shooting glamour and celebrities because I wanted to shoot the stories, I wanted to find that one magic shot that would be seen around the world, the one that would change people at their core. In the current times we live in when so much centers around political correctedness, I feel it takes courage to shoot not just the pleasing or the good side, but the reality. My goal is to shoot the truth, no matter how ugly it looks. We cannot sugarcoat what is happening in and out of our beautiful country. It is time to document, to leave a photographic trail for future generations that reveal what our struggles were. It isn’t necessarily the glamour that sells the photos, it’s the raw, it’s the edgy, it’s the uncomfortable. It’s meant to make you think, it’s meant to bring you to action. Be bold and be courageous. The magic shots await. 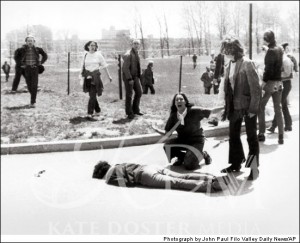 Kate Doster MediaTrust Your Journey
Get The Issue
Scroll to top