Behind the Set
You are here: Home1 / Behind the Set2 / Charity3 / Let’s get uncomfortable and vulnerable. It’s okay, it’s... 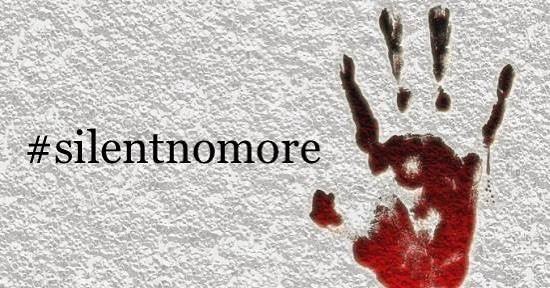 I have been giving some thought to the journey I’ve been on in the last eight years. I’ve been behind a camera since I was a teenager 40 years ago. Still, I turned professional eight years ago, and the journey has been thrilling, fulfilling, scary, and moments where I didn’t think that we would survive the lean years as I learned and did everything for free. What I discovered was that deep down, I am a storyteller. If you have ever sat down with me for a visit, you’ll know this (and I apologize for talking ears off.) In photography, storytelling through a lens is called narrative photographer, and it’s important to me that shoots, I do reflect a story. My most recent project is about a topic that is unfortunately close to me, but it made me who I am today, and that’s domestic violence. I live in Alabama, but I didn’t always. I moved here on Christmas Day 2018 after needing to separate from the abuse I had sustained most of that year. I had to take some time to breathe and collect myself, but eventually, I wanted to figure out how to use photography to help myself and other survivors heal. I spoke to 12 other survivors and asked them if they could give me an image of what life AFTER domestic violence looked like, what would that image be. I didn’t want just something stereotypical like words written on someone’s body, I wanted to be challenged, and these women brought it for sure. Once we locked in on their looks, I spoke with my team, the established one from Arizona, and the new team from Alabama. I did zoom consultations with colleagues and costume designers who are experts in their field. We have been sketching and on Pinterest and problem-solving issues and answering questions like, “Is that even possible?” “how do we do that??” It’s been quite a ride on this shoot and the end result, well let me tell you truthfully, spectacular is an understatement. How do I know this? I have done it before and been recognized as having one of the top high-end photos in the state of Arizona. I know, because I am a perfectionist who will work until I drop to get the story out. I also know because I am bringing the best team in Arizona to Alabama to add to the best team in Alabama to work with the most remarkable women I know and that right there, well, it’s magical. We are shooting at an undisclosed location in early November, and I am shooting from dawn to dark over the entire day. I will go into post-production 72 hours later. That is a hard and fast rule with me and those I teach that I do NOT look at any photos for three days. I believe if you do, you are going to be still too connected to the shoot and unable to be objective. Once that is over, they will be going into a gallery on my website. This paid gallery will show you how to completely transform someone into something extraordinary. We will have behind the scenes, photos, and interviews. You will see how I shoot the final shot, which will be a triptych based on wishes. (a triptych is three separate photos that create one image.) You will hear the jokes, see the tears, hear the stories, and understand why these women are my tribe. After the gallery closes, I will have the photos available for sale on almost any medium that interests you. After the final sales are made, I will be donating a portion of the proceeds to several worthy organizations in Alabama, including The Surles Domestic Violence Foundation, which was started by the family following the murder of LaKresha Sommerville in 2019 by her estranged husband as well as SafePlace. In Arizona, where I called home for nearly 17 years, I will be donating to the SEEDs program, and National Advocacy and Training Network, and The Fix the Hurt Organization. The message I am trying to portray is that it is NEVER the victim’s fault. I would also like to show the importance of identifying red flags and empower you to remove the mask that has been so carefully in place all the years you have walked on eggshells. There is a beautiful life waiting for those in harm, and you will always find support at Kate Doster Media. We are fundraising for this exceptional event, so I can pay the experts who are coming in to assist and get the props needed to finish this. If you are compelled, I encourage you to donate what you can and share this among your friends. Remember, portions of the proceeds of this event are going to some fantastic organizations. 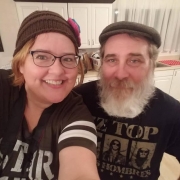 You hate my work – thank you?

Kate Doster Media
Get The Issue
Scroll to top